Tuvia (Theodore/Teddy) Berman was born and raised in the Sephardic section of Brooklyn. Although, as he put it, “My last name doesn’t end with a vowel,” he follows Syrian minhagim passed down from his maternal grandfather (jiddo in Arabic) who is also his namesake (Touffic). Despite being blind and confined to a wheelchair in the later years of his life, his jiddo was usually the first one to arrive and leave shul.

Tuvia went to the Yeshivah of Flatbush and graduated from Brooklyn College with an economics degree. He studied abroad in Florence and Buenos Aires and has been to more than 15 Chabad houses around the globe. During college he served as the Chair of Finance Committee on student government. He interned for a portfolio manager and worked as an analyst for a financial newsletter. In his spare time, he enjoys reading shareholder letters, most notably Warren Buffett and Howard Marks. 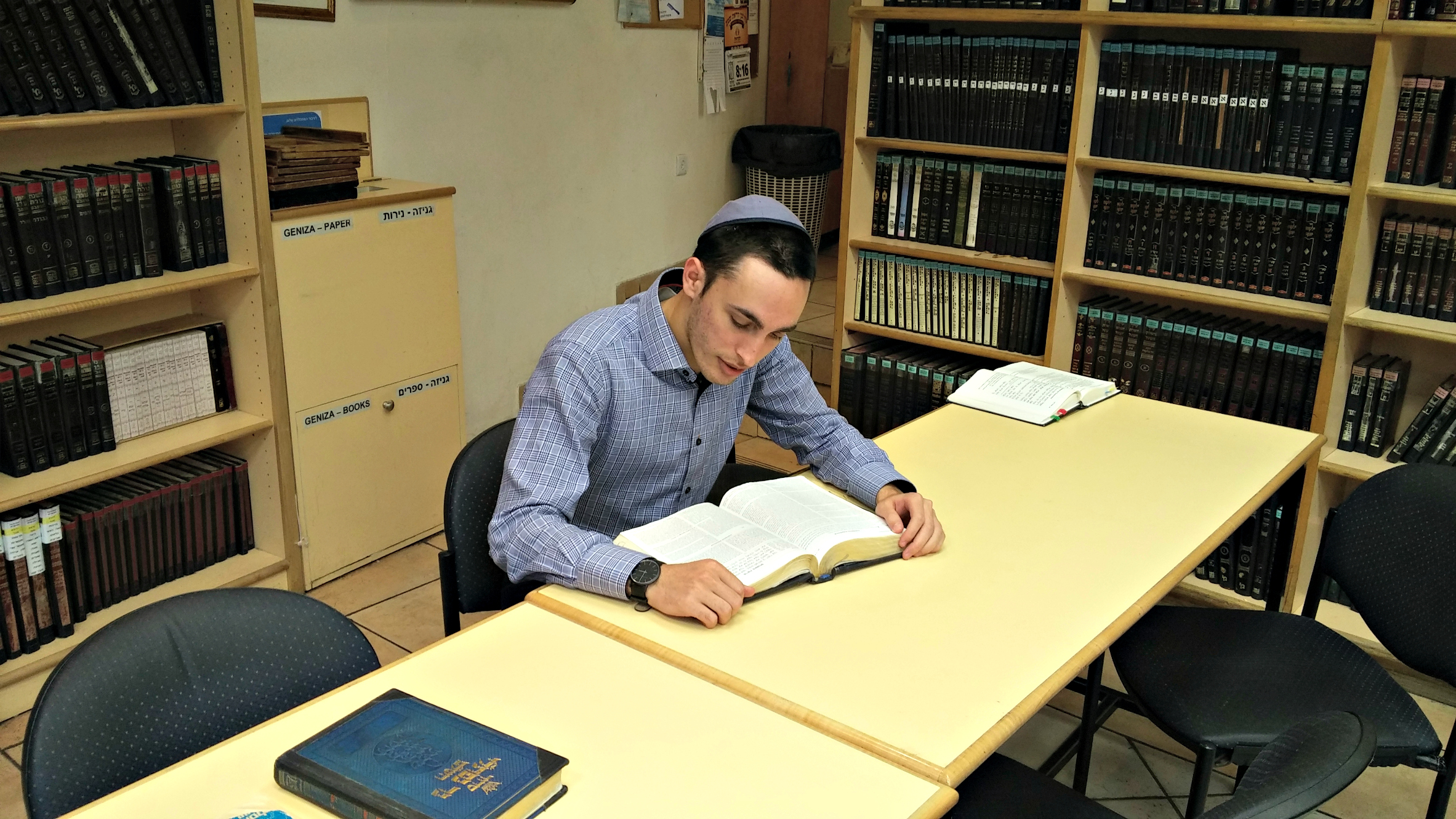 After going on birthright, Tuvia fell in love with Eretz Yisrael and has since gained a greater connection to Torat Yisrael and Am Yisrael. Tuvia spent several months learning at the Yad Yosef Torah Center before coming to Shapell’s.

Tuvia decided to come to Shapell’s to acquire the skills necessary to go through a sugya from A to Z. He wanted to understand the logic behind things he usually took as a given. He reports, “While I am not nearly qualified to give a psak, I am now confident in my ability to track a topic from its origins in the Gemara to the bottom line halacha.”

He also shared, “Being from a mixed Sephardi/Ashkenazi family has helped me appreciate the diversity at Shapell’s.” In addition, “Since arriving in Elul zman, I have come to the realization that Torah and working for parnassah are not mutually exclusive. The Shapell’s experience has made it clear that working is not an end itself but a means to perform chesed and an opportunity to test how much I value Torah. Having a stronger foundation rooted in Torah will help me maintain a healthy work-life balance during the inevitable return to normalcy outside of Yeshiva”