Ezra was born and raised in the beautiful city of Denver, Colorado. He grew up attending a Reform Synagogue that his mother worked at for many years. In high school, Ezra became very involved in the Jewish Youth Group BBYO. Through his involvement in BBYO he developed a strong sense of Jewish pride and met and became friends with Orthodox Jews for the first time. By the time he left high school, Ezra decided that he wanted to take advantage of any Jewish learning opportunities that came his way. 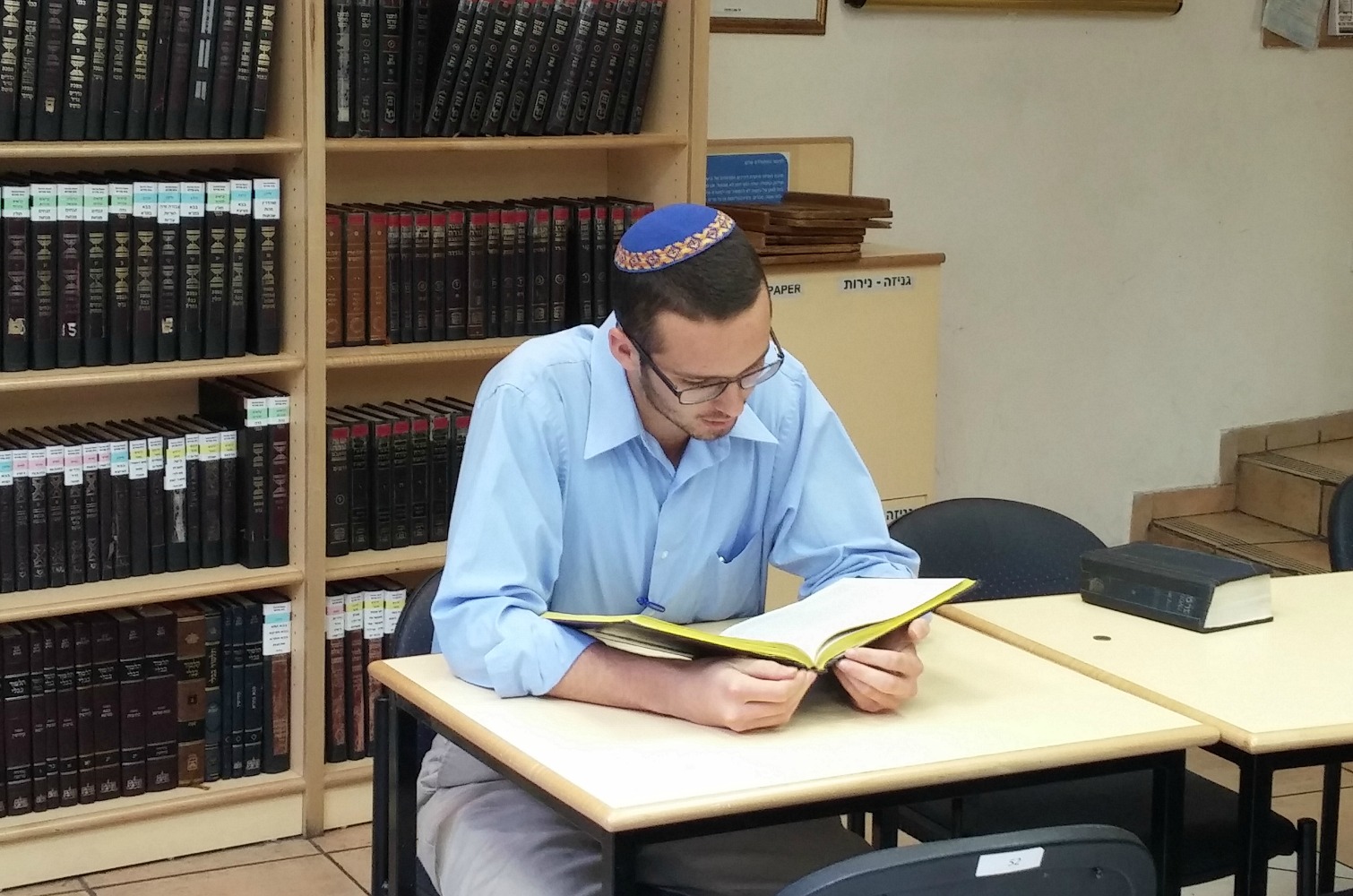 Ezra started college at Tulane University where he quickly became a regular at a weekly shiur on Parashat HaShavuah and Shabbat Dinners at the Chabad House. During a winter break, he went to a taste of Yeshiva program in Miami which was his first Yeshiva experience. After two years in New Orleans, he decided to finish his degree closer to home at the University of Colorado at Boulder. Throughout these last two years of school he continued gradually increasing his level of observance and was fortunate to experience more tastes of Yeshiva in the US during winter and summer breaks. By the time his college years were coming to a close, Ezra knew that he wanted to spend time learning in Yeshiva full time. His campus Rabbi suggested that he consider Shapell’s. Ezra graduated suma cum laude in political science with a minor in Jewish Studies in 2015 and came to Israel shortly thereafter.

When picking a Yeshiva, Ezra related, “I wanted a place where I could be exposed to some of the different flavors of Torah Judaism and am happy to have found that at Shapell’s. I think we are the only Yeshiva that had guest lectures from a Rosh Yeshiva of YU and from a Chassidic Rebbe in the same month.”

Ezra is not only a diligent student; he has also emerged as a leader among his fellow students, serving as the dormitory manager. He deeply appreciates his first year at Shapell’s and is grateful for the opportunity to spend a second year learning at the Yeshiva. Ezra likes the holistic education he is receiving at Shapell’s. He shared, “I like to think that I am here to grow in two ways. First, I am gaining textual skills which allow me to access Torah from primary sources. Additionally, but no less important, I am learning through observing the Rebbeim and my fellow students, who are constantly providing me with examples of positive middot.”